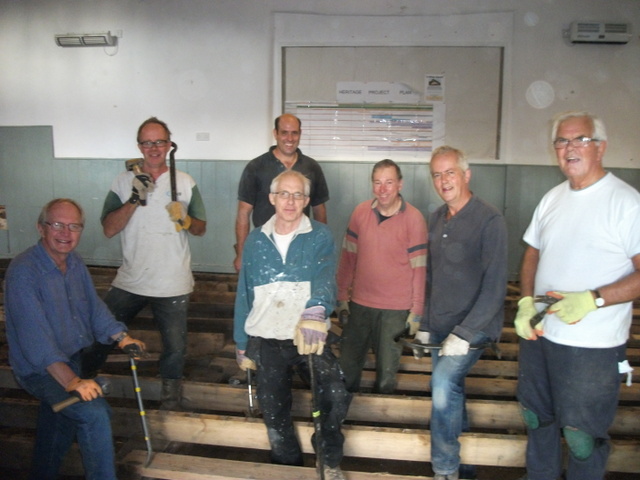 By lunchtime on Monday 12 October, 2015 after the hall had been cleared community volunteers started the on lifting the flooring in the main hall and store room, and removing the stage. 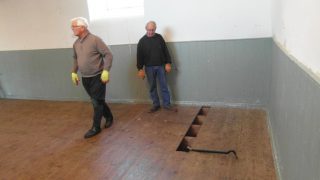 The first boards were lifted at the south end of the hall. Although a board was lifted by the stage at the same time the team agreed that working from one end of the hall would be more sensible and safer.

The team started lifting boards at the south end of the hall. The boards were nailed down and typically the nails stayed in the supporting joists and the boards pulled off the nails. Many boards split or broke as they were lifted and the ones in the south west corner showed extensive signs of rot where the boards abutted the walls. 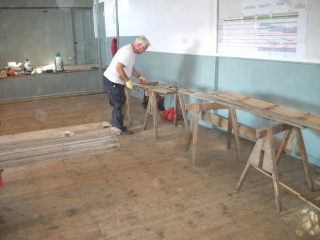 As the boards are to be retained and sold on any nails left in the boards were removed before they went into storage in Campie and Barnabus’ barn.

An hour and a half into the work and the discussion over a tea break decides progress is slow but steady. 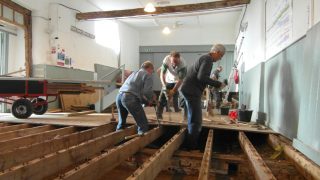 After the tea break and with work finished in the store room, the progress in the main hall picked up as the volunteers worked out the best techniques for lifting boards. 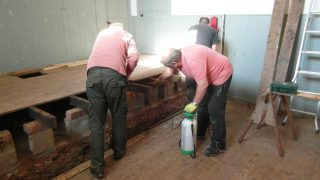 There was some concern that packing under the stage may have been asbestos sheeting so a portable water sprayer was used to damp down any dust. 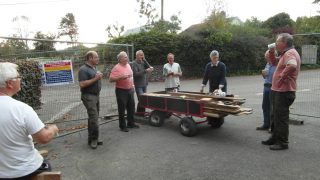 Over a second tea break with chocolate cake the team decided they could finish the floor boards within a couple of hours and decided to keep working to clear the hall that day. They would leave the joists and stub walls for the next day. Work had started around 1:00PM and finished about 6:30PM. 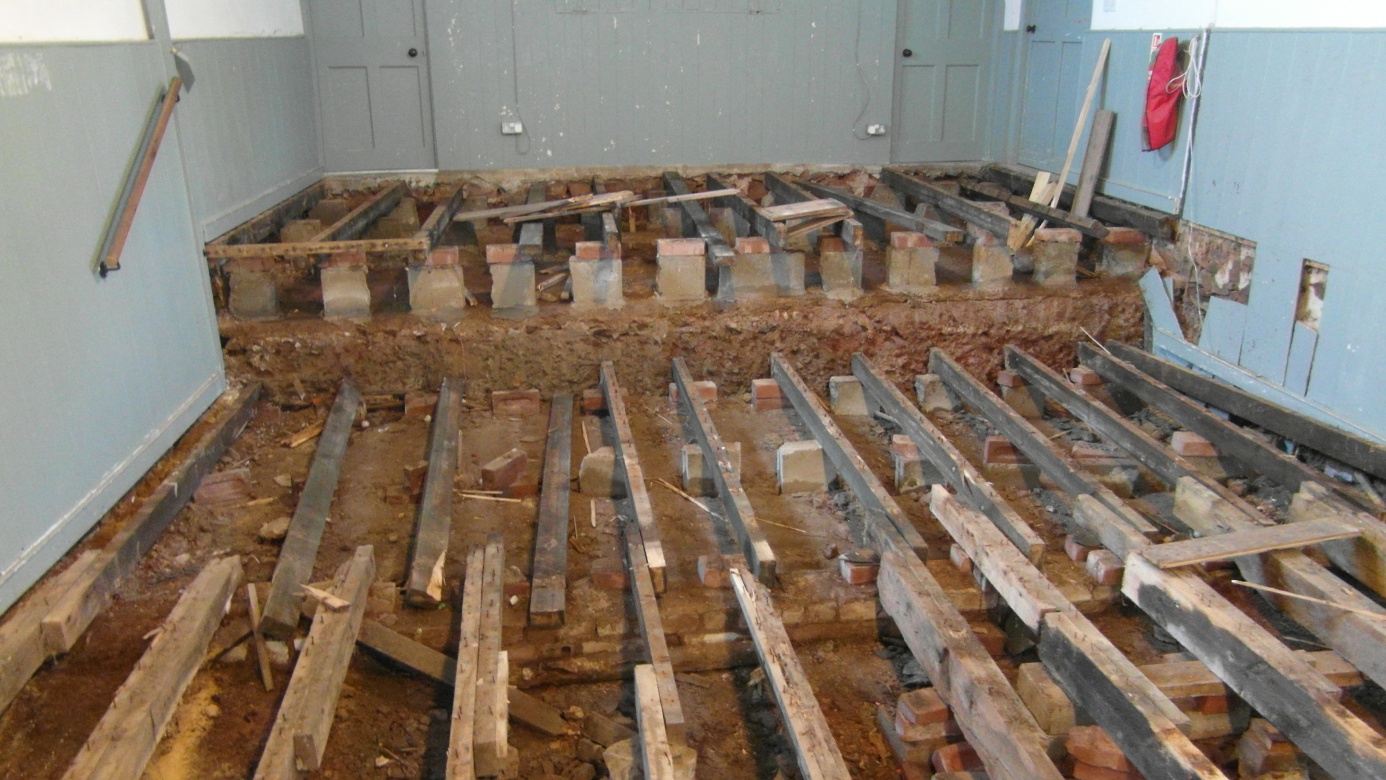 Photographs of the work

Slow going as the team work out a technique

Starting on the stage

Photography by Steve and Martin

The stage was easier than the main floor

Dodgy state of joists near the stage

Nearly at the stage, defintly over half way

The very last boards are lifted

As the floor inside disappears, nail removal moves outside

First board removed at south wall

First board removed by stage

Co-ordinated working and the speed picks up

Requires a lot of effort to prise boards from joists

Spraying to damp down dust from possible asbestos pads under stage