During World War 2 a searchlight camp was located in East Worlington in a field to the east of Little Witheridge, now known as Camp Field. There were reportedly four huts, but all the evidence of buildings and equipment has long gone. 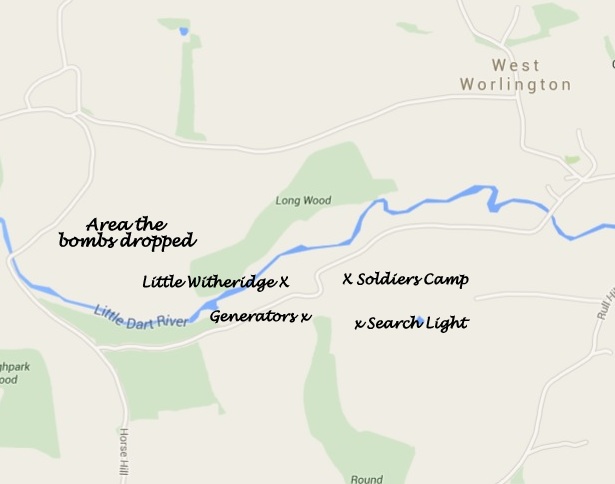 The soldiers would practice in preparation for any possible invasion. From time to time they would set up two roadblocks on the road between West Worlington and Horse Hill.

Vera Sanders (Lee) lived in West Worlington during the war. She writes:

Maurice explained how one of his sisters, Freda, married one of the soldiers Gnr Robert Gladstone. The marriage was reported in the Western Times – Friday October 9th 1942. 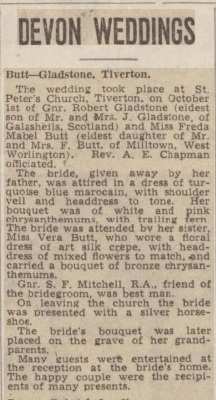