Research into the minutes of the Parish Hall dating back to 1963 (the oldest written minute record that exists) it appears that maintenance and improvements to the Parish Hall have been on on-going theme of the work for the Committee. It is fascinating to explore the different priorities at different time in the time line from 1963 to 2018.

One such theme was the creation of a storeroom for the Hall.

It appears that the Hall had a ‘shed’ constructed during its history. During Committee discussions about improvements to the Hall the minute of 1st October 1973 stated ‘Mr Woodland raised the matter of the shed being dismantles. After inspection the Committee agreed to leave it.’ There is no reference to what the shed looked like and was located but the photographs on East Worlington Old Tythe Barn and of The Devon County Dairy School clearly show a construction on the front elevation of the Hall. 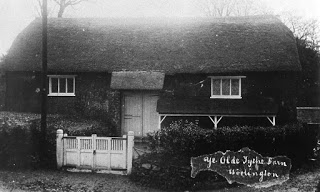 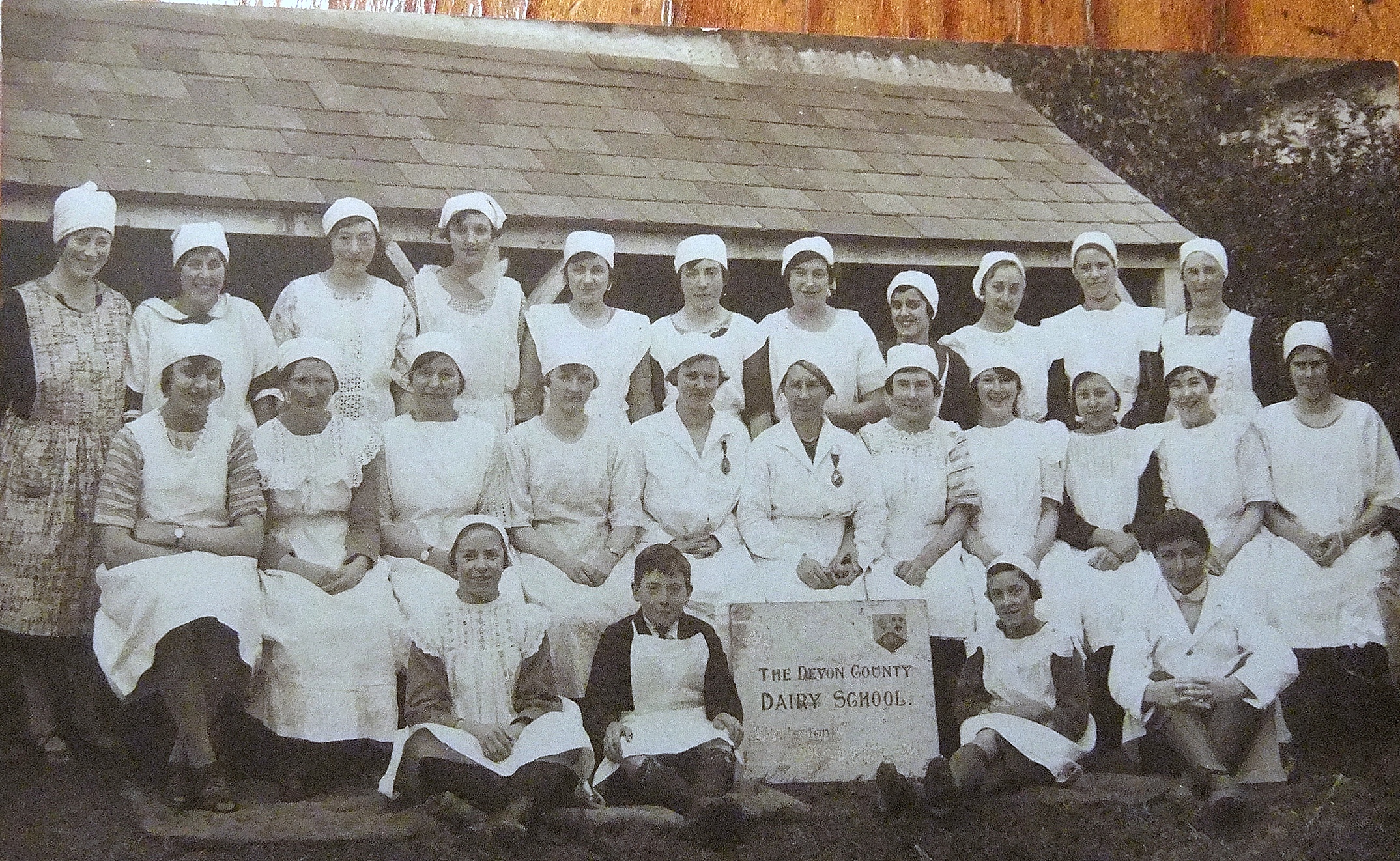 AGM 25th June 1974 confirmed Lady Stevens joined the Parish Hall Committee. Lady Stevens and her husband John Mellor Stevens were the owners of East Worlington House, formerly the rectory. The house and associated yard and outbuildings are adjacent to the Parish Hall on the east and south sides.

It appears that there had been some discussion about an outbuilding associated with East Worlington House named as the ‘shed’ in the minutes. The ‘shed’ butted up to the northerly end of the east elevation of the Parish Hall and in line with the part of the Hall that was, and is now, the kitchen.

14th October 1974 Minutes extract. ‘The Chairman told the meeting that signatures had been applied to the ‘transfer document’ to enable the parish hall committee to become legal owners of part of the shed adjoining the hall – when Lady Stevens had signed on her side, some discussions would have to be made about the shed i.e. proposed site of inter-communicating door and also partition wall.’

The minute continued, ‘Mr Symons said that he would like to start a competition in the village to design the whole of the interior of the Hall, so the placing of the doorway would form part of the competition’ 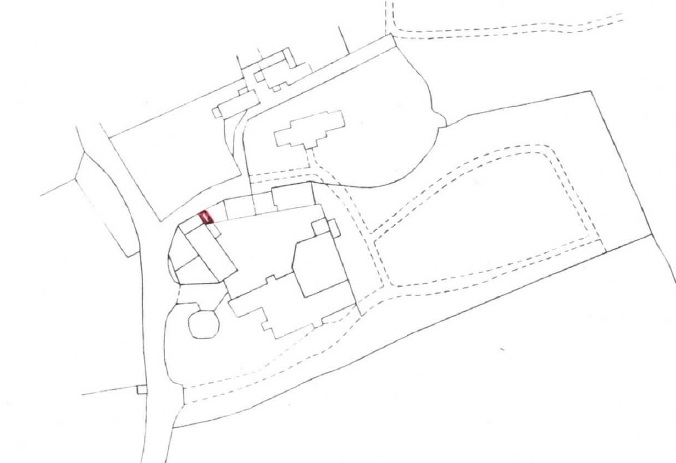 Messrs Wall – Symons in consultation with Woodland should publish (or get ready) a plan & specification for knocking through doorway between the Hall – Lady Steven Shed: in the meantime, the necessary fire regulations should be looked in to & a report made.

Specifications and estimates had ben sent in by Mr Pullen & Mr Buckingham & these were opened. Mr Pullen’s estimate of £265 was accepted by the Committee & that the work forming a store shed & knocking out a door-way should be completed by Christmas.

These were now completed. Mr Pullen account of £262.65p (error amount shown in minutes?) was due for payment however Lady Stevens said that she would like to pay for the door to be put in to the new shed ‘annexe’ would therefore pay £88.50 being the cost of this part of the alterations leaving the Committee to pay the remaining £177. The Chairman thanked Lady Stevens for her generosity & then asked for Mr Wall to give the Committee an interim financial report.

In 2016 audio/visual equipment was installed in the hall and the amplifier and electronics were located in the storeroom.

It is clear from the storeroom before 2017 that only a concrete block wall was constructed halfway up the room height, and this finished at the bottom of a wooden A-frame supporting the roof. The A-frame was covered in a chipboard material. In 2017 improvements were made to the storeroom. The old chipboard material was removed, and insulation added between the roof rafters and in the spaces in the A-frame. Plasterboard was fixed to the ceiling and the store side of the A-frame, skimmed with plaster and decorated. A fire protection board was fitted to the East Worlington House side of the A-frame. Following the improvement work substantial shelving was fitted to the storeroom on the partition wall with East Worlington House.

During this renovation the removal of the old suspended floor allowed an inspection of the cobbled floor of the original shed. 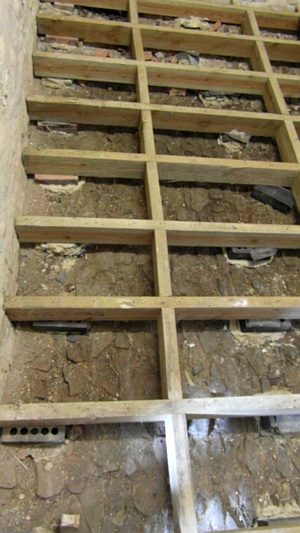