There is not a coherent record of the history of the kitchen associated with the Parish Hall but there are pieces of information that offer an account of possible catering facilities at the Hall.

The Parish Hall accounts for 1923/1924 show income for hiring the Hall by Mr Lake for Sports Tea (6th August 1923) and by Mr Hodgson (Rector) for Choir Supper (2nd January 1924) indicating there were some facilities that enabled catering for these events. The accounts record show regular annual entries from 1924 that refer to Harvest Supper which indicates continued use of the Hall for activities requiring catering.

The first document that shows a kitchen located at the Hall was in the architect drawings produced in 1966 as part of the planning application for the toilet and foyer extension.

Plan showing layout prior to 1966.

At an undefined time in the Hall’s past the cob wall on the north side of the barn has been cut away and a wooden partition wall with a hatch has been installed between the hall and the kitchen.

A clue to when this work may have been undertaken is in the Parish Hall accounts which has an entry showing a payment of £2/4/10 to British Rail on 21st October 1958. It is not recorded what that payment was made for but the north wall above the opening is held up with a metal girder and it could be suggested that this was purchased from British Rail. 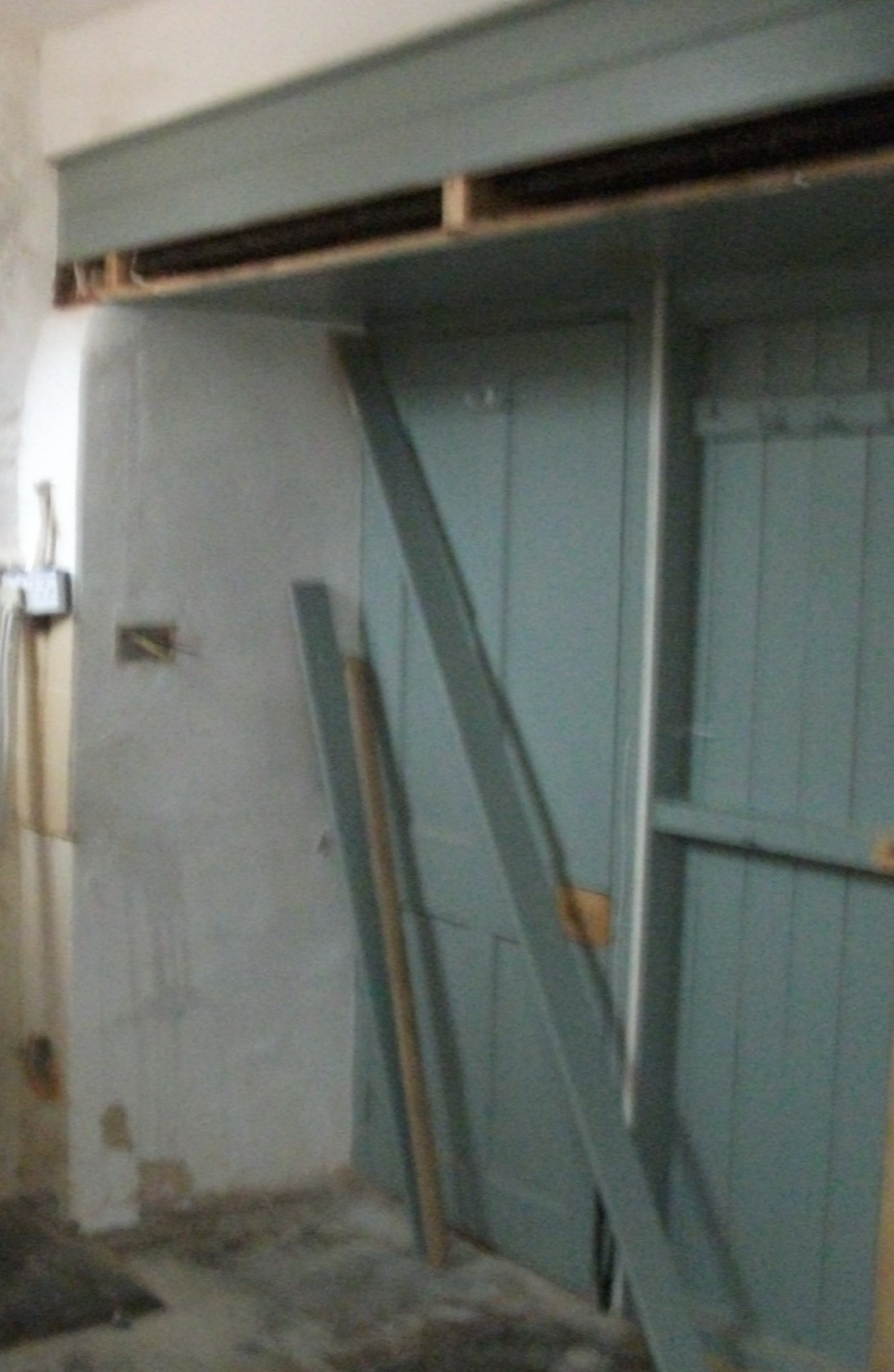 The accounts also confirm there was work undertaken on the Hall in that year with payment of £34/5/9 made to T H Moor on 24th June and a significant payment of £132/0/0 made to Pel. (not clear who this is or what the payment is for) on 30th December 1958.

The photograph right gives an indication of the thickness of the old cob wall and how it has been removed to form an opening between the kitchen and the hall. A metal beam supports the wall above the opening and has been covered with wooden paneling.

The two doors between the kitchen and main hall were still evident until 2016 when one door was blocked in as part of the Hall conservation and improvement work including the kitchen refurbishment. The two doors are evident in the photograph below taken in 2015. 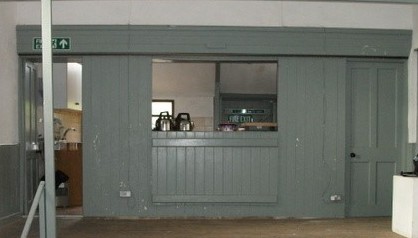 Views Inside the Kitchen

Inside the kitchen showing the wooden partition wall between the kitchen and the hall, the serving hatch and the cupboard and working surface. This was cupboard was removed in the 2018 refurbishment and new cupboards and worktops installed. The hatch was retained but the style and opening arrangements improved. 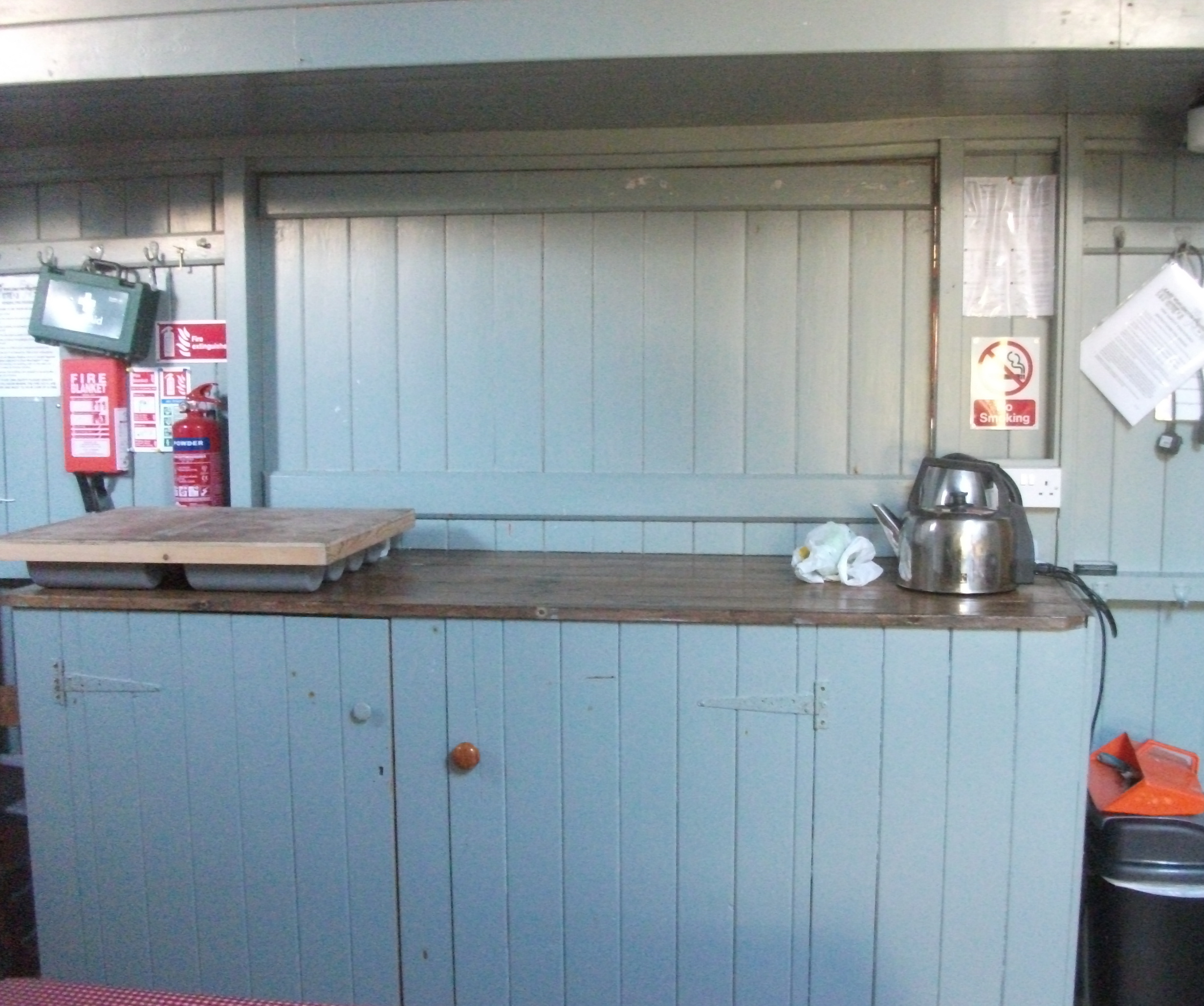 The photograph below taken in 1998 shows the inside of the kitchen when the Hall was used as part of a community flower festival event. This was before improvements works undertaken in 1999 / 2000 when the kitchen was fitted with units. 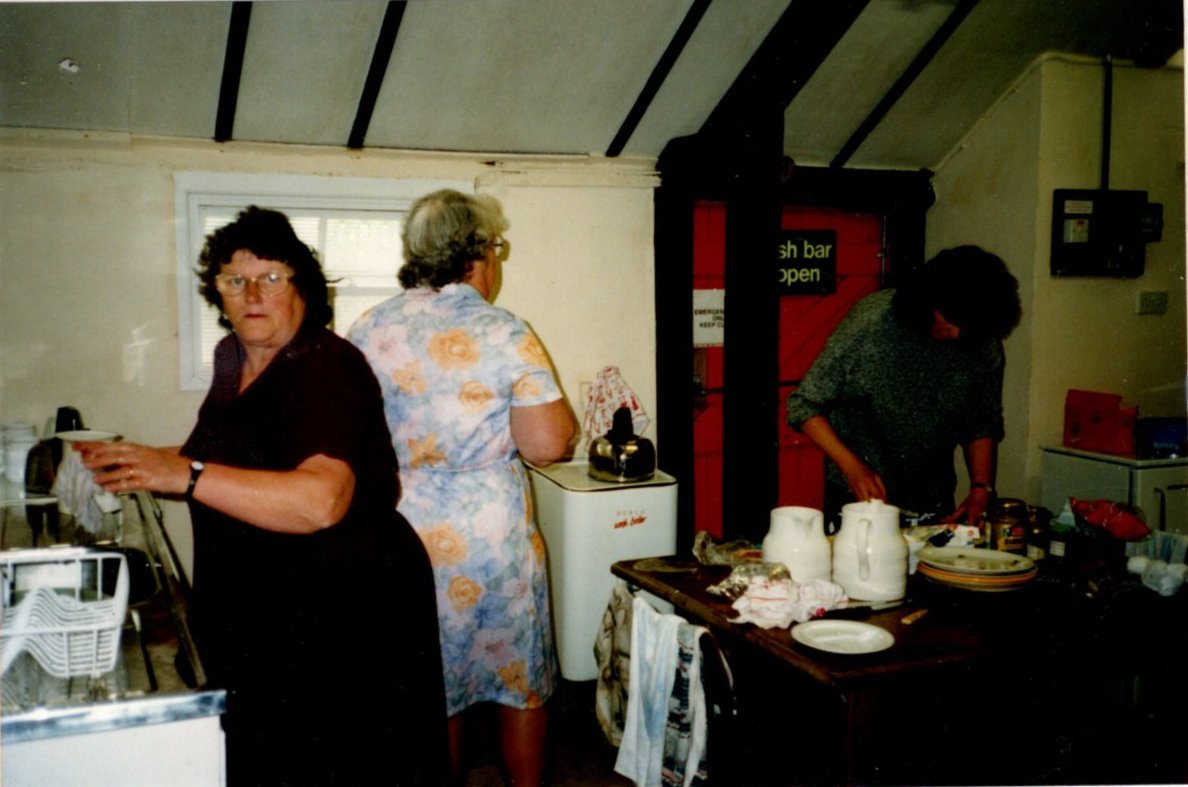 Work was undertaken to improve the kitchen in 1999 / 2000 shown in the photograph below. 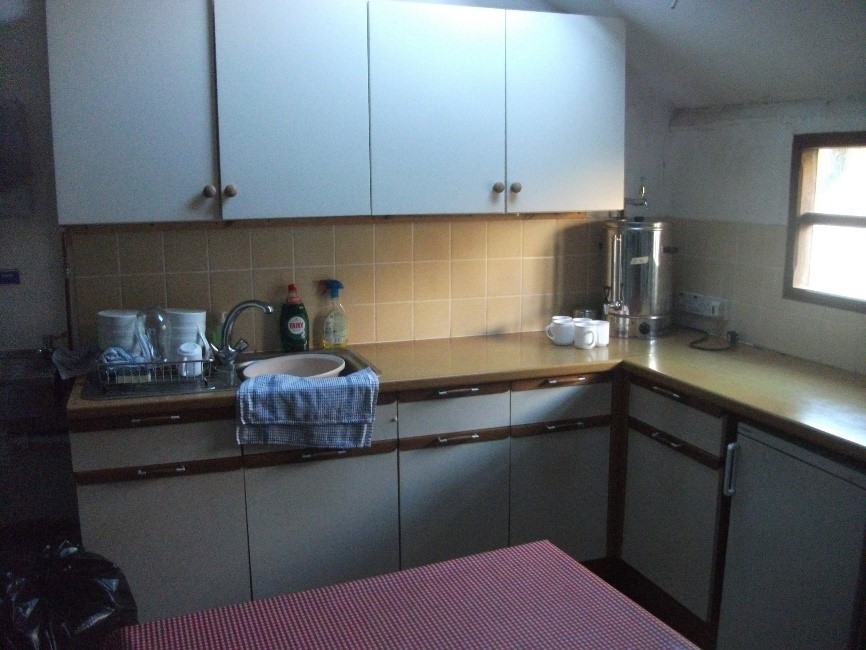 In 2018 a full refurbishment was undertaken as shown in photograph below. 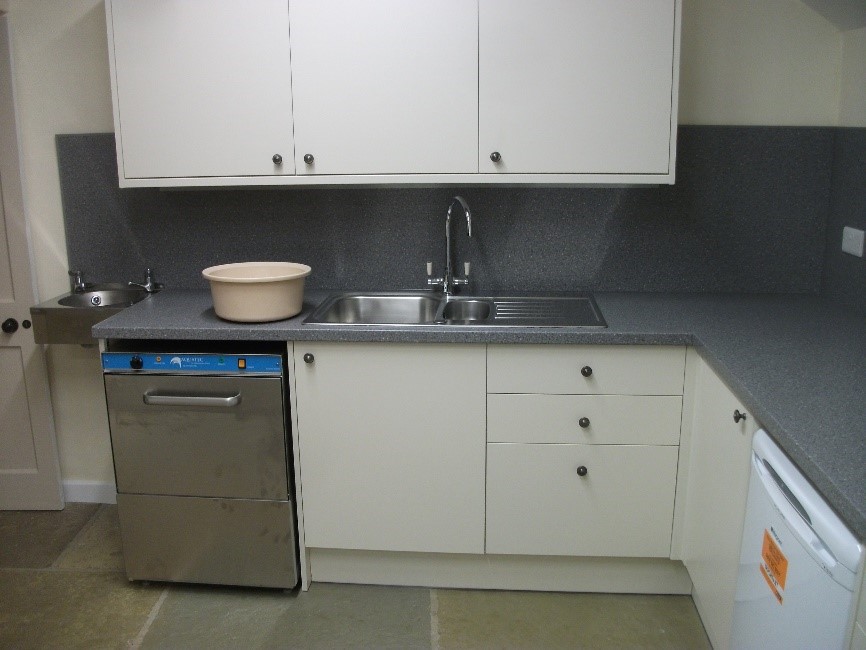